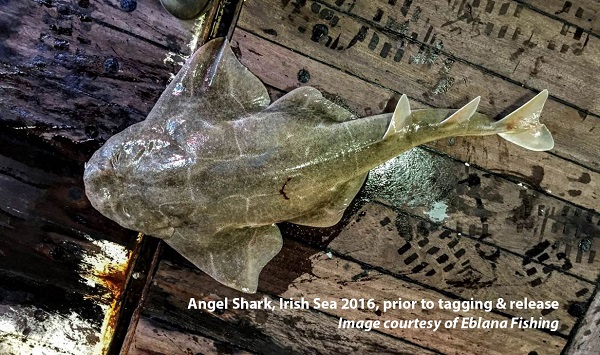 New research published by Inland Fisheries Ireland has revealed how angel shark stocks have declined alarmingly in Irish waters. The study published in ‘Endangered Species Research’, includes long-term angling data which shows how stocks of this ‘Critically Endangered’ species crashed in the late 1990s and remain severely depleted today. An analysis of angling data over a 40 year period at two hotspots in Irish waters, Tralee Bay (Kerry) and Clew Bay (Mayo), reveals a sharp decline of at least 95% over the last 25 years.

Since 2000, only 20 angel shark have been recorded by Inland Fisheries Ireland with just one caught since 2011.  This compares to an average of 65 angel shark tagged annually in Ireland by angling charter boat skippers for the IFI tagging programme at the peak in the 1980s. Between 1958 and 2016, a total of 1,261 angel shark were recorded with most of the fish (85 per cent) captured in Tralee Bay with a further 9 per cent captured in Clew Bay. The data for these historical hotspots for angel shark in Ireland are significant to international angel shark conservation efforts.

While angel shark were common in waters from Scotland to North Africa, they are susceptible to capture in commercial fishing gear and as a result, their populations have declined sharply. Their large size, slow reproductive cycle and tendency to live on the seabed mean they are vulnerable to capture.

Since the 1970s, Inland Fisheries Ireland scientists have been coordinating the tagging of sharks and rays caught on Irish recreational angling boats. The Marine Tagging Programme distributes numbered tags to skippers along with information and a logbook while Irish Specimen Fish Committee coordinates the collection of information of specimen fish caught in Irish waters. 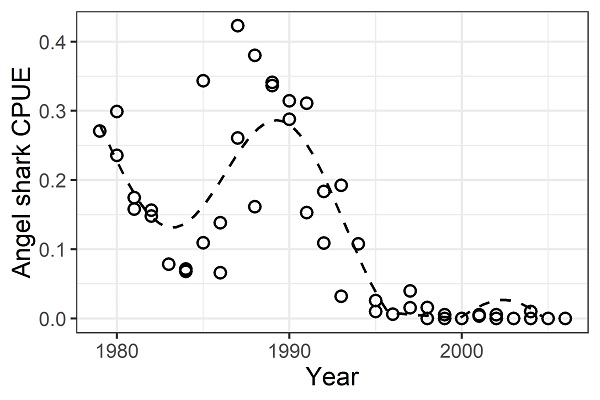 Dr William Roche, study co-author and Senior Research Officer at Inland Fisheries Ireland said: “The contribution of angling charter skippers to this programme has produced a dataset of international importance to marine conservation. Our analysis shows that catches of angel shark have declined to almost zero in both Tralee Bay and Clew Bay. However, there is still some hope for angel shark in Ireland, as there have been anecdotal sightings of the fish in recent years.”

Lead author Sam Shephard said: “The imperative now is to learn more about the species in its previous strongholds and in any new locations, and work to protect these critical environments. Inland Fisheries Ireland is keen to contribute to international efforts to safeguard this species.”