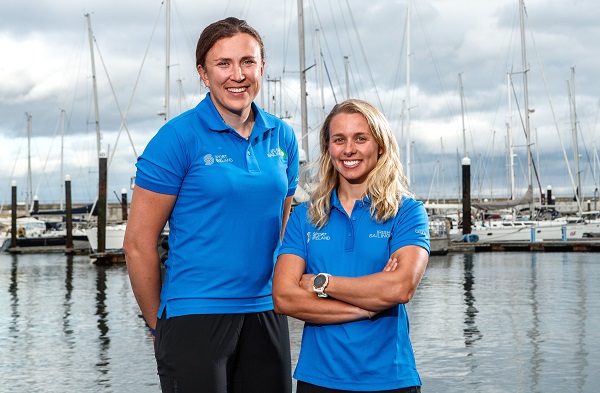 Olympic Sailing Hopefuls Take to the Water in Weymouth, May 13-19

All the senior Irish Sailing 49er and 49erFX class teams will be sailing in next week’s Volvo European Championships, one of the highlights of the 2019 Olympic sailing calendar.

The 49er and 49er FX are a two-handed high-performance sailing dinghy which have been recognised as Olympic sailing classes since the 2000 Sydney games and the 2016 Rio games respectively.

Next week’s regatta will see more than 400 of the best sailors from all over the world battle on Weymouth and Portland’s world-class waters, home of the London 2012 Olympic sailing competition, in pursuit of the European crown.

The Irish team attending the event is made up of eight of the country’s highest ranked performance sailors including Olympic and World Champion medallists. They will sail as pairs with one helm and a crew per boat.

Speaking in advance of the event, Ross Killian, Irish Sailing 49er Coach said “All of the teams have put in massive amounts of preparation to get ready for this event, which simply underlines its importance to them, and how keen they are to succeed. It’s another significant step toward the Olympic Games in Tokyo next year.”

Ian Barker 49erFX Irish Sailing coach said “Annalise and Katie are looking forward to the event and to getting out on the water. There’s a lot to sail for at Weymouth and they’re confident that their training and preparation regimes have them ready and prepared for the challenges ahead.”

The week-long regatta takes place at Weymouth and Portland National Sailing Academy from May 13 to 19.